Following on from yesterday’s announcement, I’m sure, as well as the book itself, you are interested in what’s going to be available as stretch goals. I’ve done a quick Mythic Fantasy setting called Dark Vale, where the ruling Sun Lord has fallen into the Underworld ruled by the Night Mistress, who has taken over his surface realm. The characters are from outside of Darkvale and have travelled there to work out what is happening and why their once bright northern neighbour is now permanently overcast with dark clouds. This will be split over four pdfs, which are nearly written and will be completed when they fund.

In keeping with SimpleQuest, the stretch goal write-ups will be brief and to the point. The aim of all of the above is to quickly give you a memorable and playable setting that you can either use as a self-contained setting or drop into an existing campaign.

Here’s the work-in-progress map of the setting. 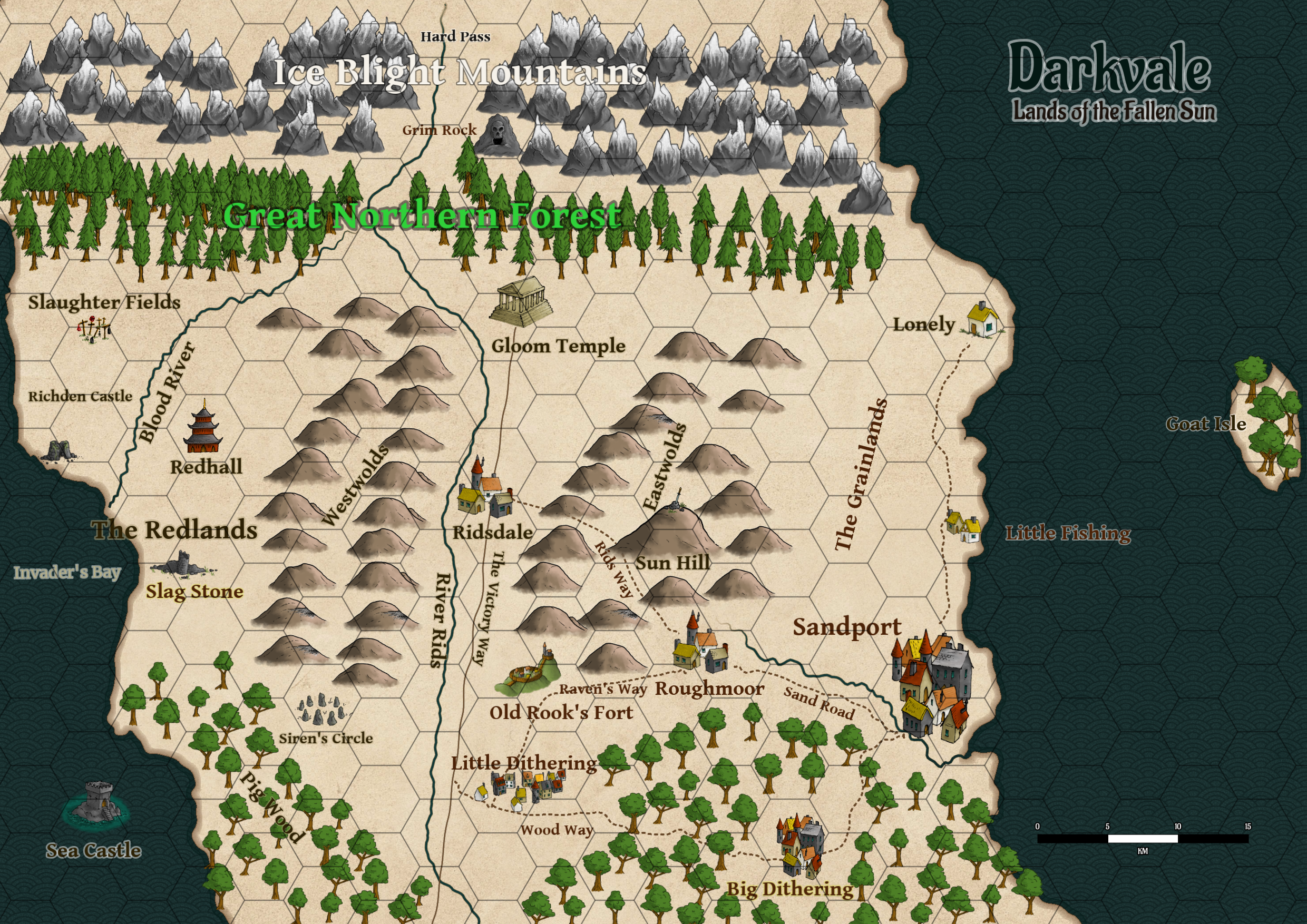