UPDATED 27/11/2022, to simplify Early Bird Backer gift claiming + give a bigger gift since I’m overwhelmed by the support that the Kickstarter has already attracted.

OK, a fun thing I’ve been doing for the last couple of Kickstarters is rewarding those who are back early with an exclusive pdf.

Anyone who backs in the first day and selects one of the two Early Bird Backer pledges (either PDF/POD or Signed and Sent) will get a free pdf copy of Demons of Dark Desire.

This is my quick take on Demonology for both SimpleQuest and OpenQuest, coming from the idea that Demons come from the dark, repressed emotions of those who summon them or the deities that dream them.

It covers how to create and summon demons, the types of demons, Demonologist magicians, Demon Champions who gain demon armour and weapons, and the Cultists who follow them.

In short, it will allow you to play in worlds plagued by demons and their cursed worshipers.

This is the lovely cover Paul Tomes came up with on one of his morning sketch sessions – a work in progress. 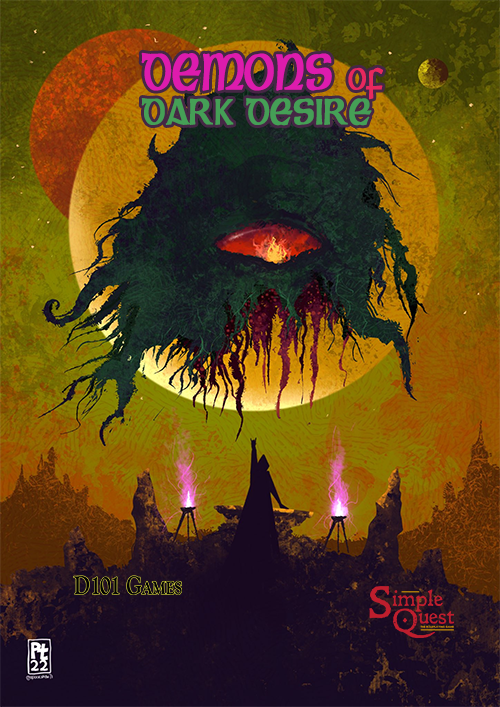 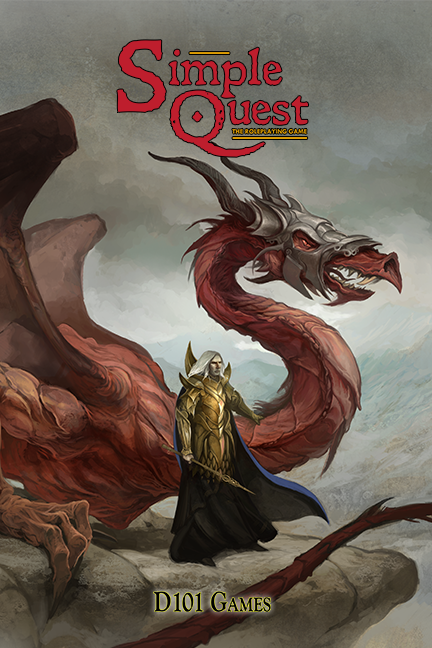