OpenQuest goes to the Conventions!

It’s my autumn convention season here in the UK, here’s what I’m up to.

OpenQuest Quantum is my multi-genre version of OpenQuest that I’m going to be steadily working on over the coming year. This will be its second public outing (the first was a Christmas-themed adventure, Don’t Let the Krampus grind you down that I ran back in Jan).

The Bureau of Time Information Management focuses on Las Vegas of Alternative 23. Most versions of Las Vegas are important to energy flow into their reality. Alternative 23 is especially so and seems to be a hub for the other versions. So the Bureau has an office there, and Agent, that’s your first assignment. Please make the most of it, rookie. Vegas 23 is a great training ground for when you start alternative hopping full-time.

Currently, Alternative 23 is experiencing its hottest summer on record. Lake Mead, 24 kilometres east of the city, is giving up its secrets as the water level drops. The Bureau must resolve some strange secrets for the sake of reality-integrity.

OpenQuest Quantum is a multi-genre D100 game where anything is possible.

This is my Halloween adventure this year. There’s a good chance that it will be up on Kickstarter around the end of October, as long as I get other stuff out the door first. I’ll post more about this in the coming weeks.

Before Maximus the Divine Emperor, brought the light of the Imperial Revelation, humanity lived like savages under the Old Faith.  A dark and bloody religion based upon sacrifices to cruel nature spirits.

The Dark Wood is one of the last holdouts of the Old Faith.  Within its confines, who knows what heathen practices go on?  Sharan the Curious, a sorcerer of the Imperial Inquisition, has entered the wood, on some quest to root out evil.  He’s gone missing, and the Elders of the nearby Woodend village are worried that he has been captured or killed.

Fortunately, the adventurers, Imperial Questors for the Emperor, happen to be passing through Woodend and are contacted by the Elders to find the sorcerer.

The Old Faith is an adventure about exploring an isolated ancient wood and discovering the culture there.  I shall be using OpenQuest, a straightforward D100 system.  No knowledge of either the system of setting is required. 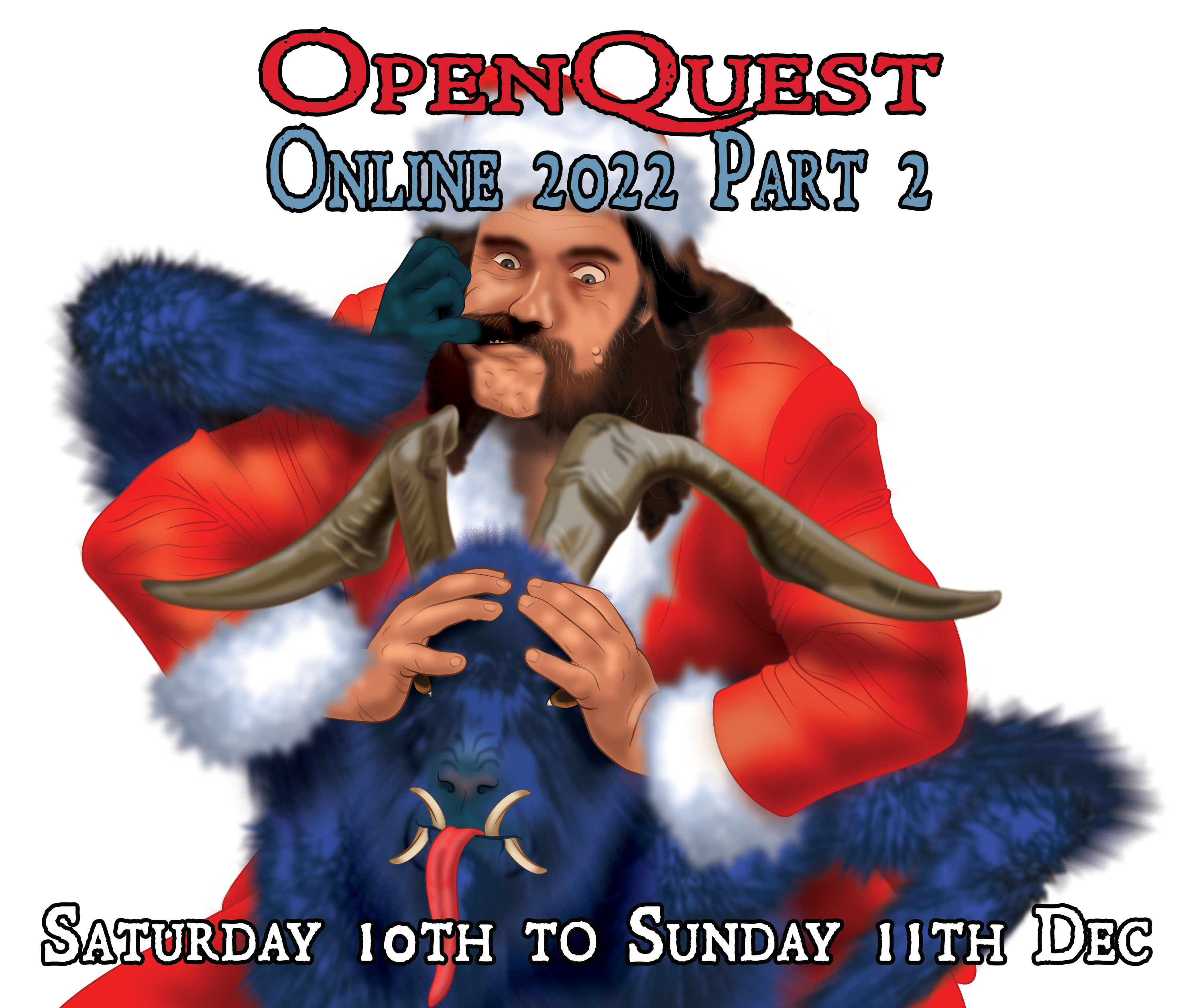 Formal details to be announced later this week. Already have two other GMs apart from myself. If you want to ref, drop me a line at newt@d101games.com